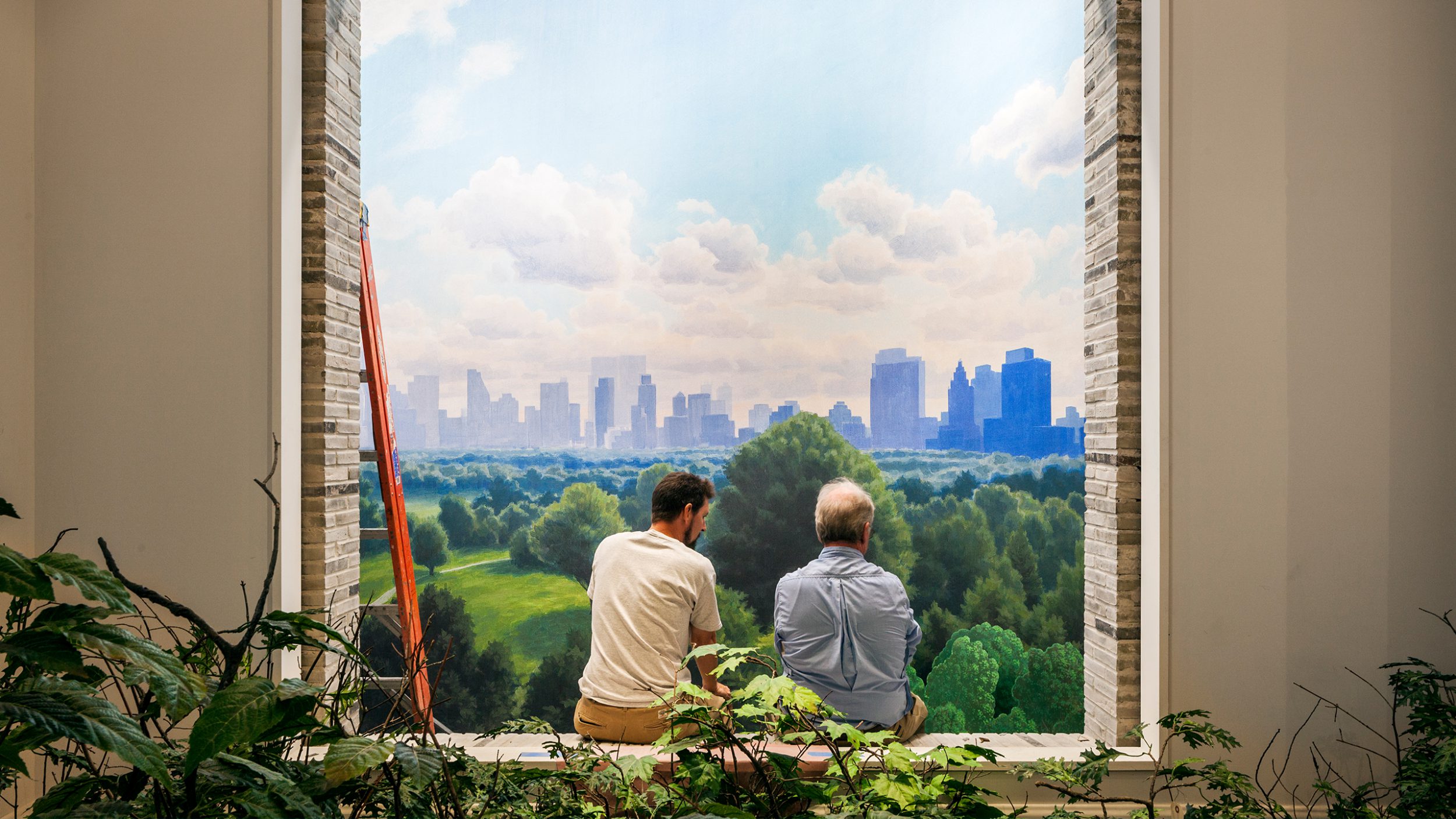 ILLUSION IS AN ART: THE CRAFT OF DIORAMA

STEPHEN QUINN:
When I think about what it is that makes the diorama such a special medium, I remember one past director of the American Museum who always would cite an instance where he was walking through The Hall of North American Mammals and there was a little girl standing in front of a big brown bear.

Everyone who has visited the museum knows that down the hall there is a big standing brown bear, and this little girl was looking up at the bear and the director walked over to her and she turned and she said to him, “It’s magic.” That’s the key here. This illusion of nature and of close encounter is what makes dioramas so wonderful.

Storytelling is vital. The best dioramas have all sorts of hidden narratives, hidden details. If you were like me as a child, I would run from diorama to diorama and just search for all the little hidden details. That’s really the goal of the birds George is crafting for the Central Park diorama. It’s to provide people with little elements of surprise.

But at the same time, we are working within science. Again, there is that big brown bear diorama that the little girl was looking at. If you view that at the museum, there’s a whole story of the bears coming out of hibernation, the time of year, the accurate depiction of the mountain landscape behind them. But there is also this story of the bear; one bear is sniffing a salmon in the sand. You can see this wet drag mark coming up from a nearby stream with an otter turning back at the bear, scolding him. The story narrative is that the bear has chased the otter away from the fish and is about to devour this otter’s hard-won dinner. There are all sorts of little stories like that.

One of the wonderful ones is the Canadian lynx diorama, where it’s a beautiful snow scene in the upper Adirondacks and the lynx is quietly padding across an open, freshly fallen snow field and tucked underneath, I think it’s a little balsam fir covered with snow as well, is a little snowshoe hare, just ready to spring, but you can see the cat is stalking. The tension between the cat and the rabbit, or the hare, in the composition is developed right around the predator and the prey in the mountain. There are lots of stories.

GEORGE DANTE:
What’s beautiful about that is it allows children, or whoever the viewer is to formulate their own end to the story. Unfortunately, today, interacting is done for you, everything is laid out for you and there’s little room for imagination. With dioramas like that, does the hare get away? Does the lynx get the hare? Same thing with the brown bear. Does the otter come back and fight for this fish or does it just scamper off? That is so powerful. 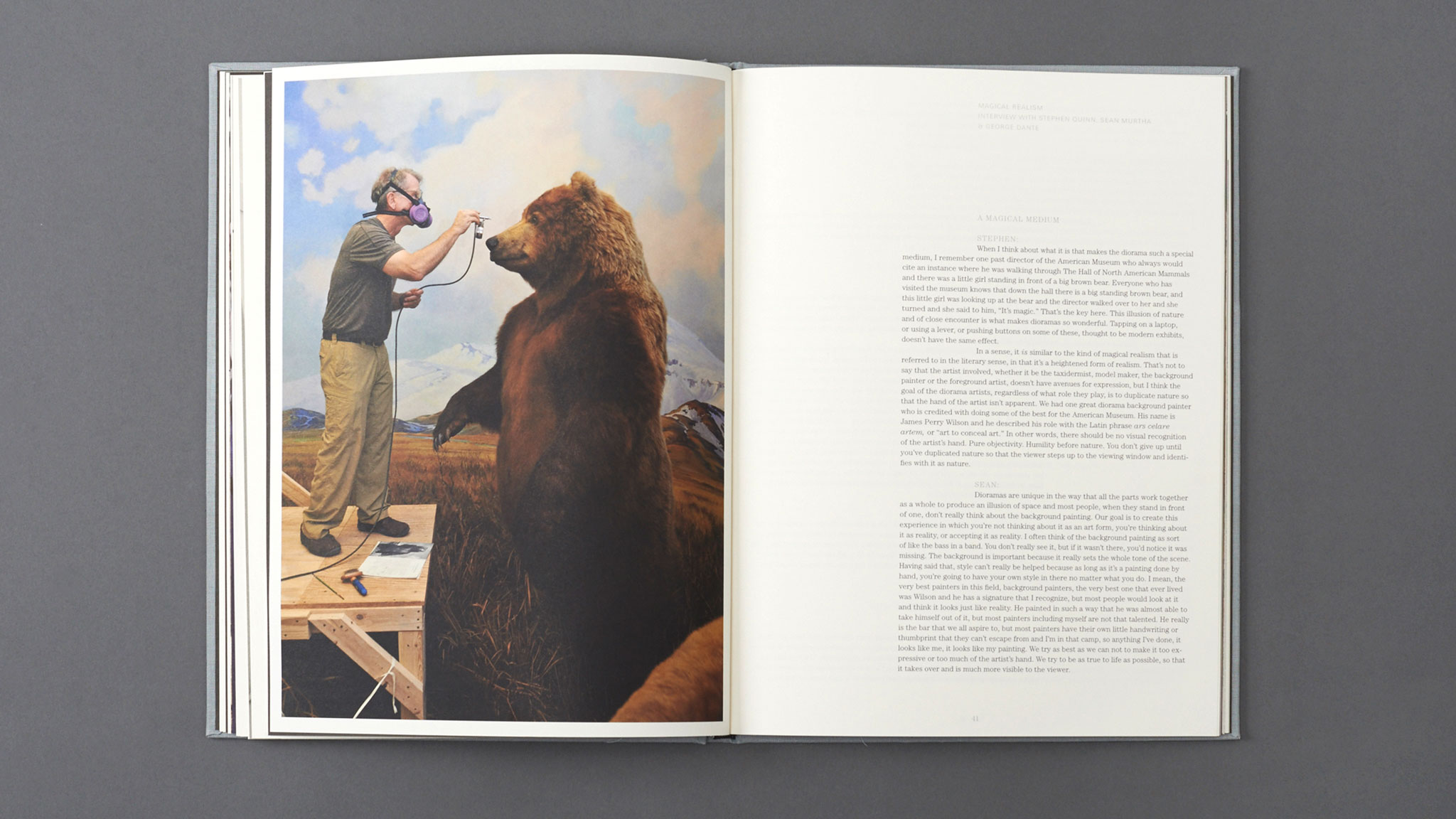 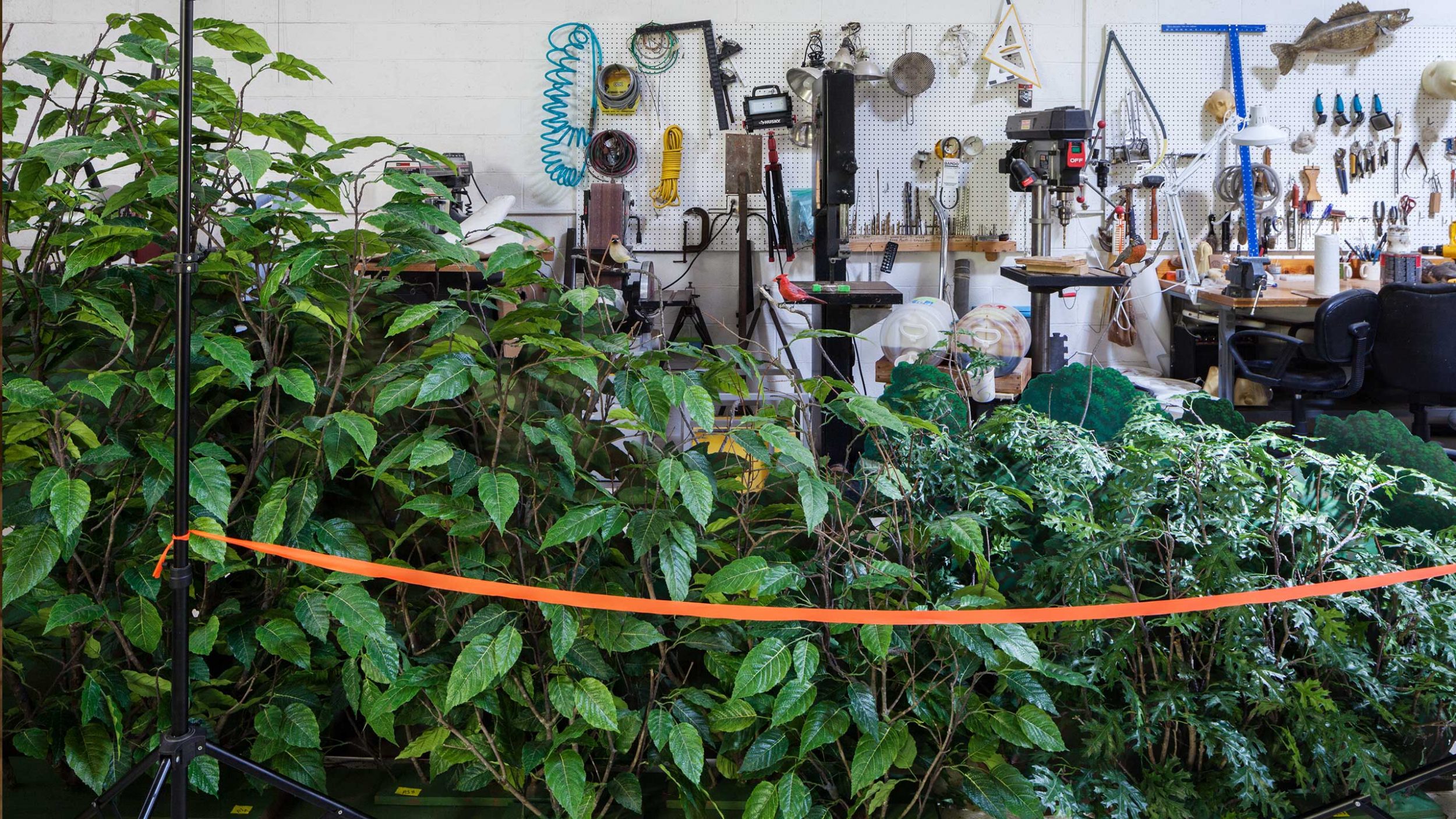 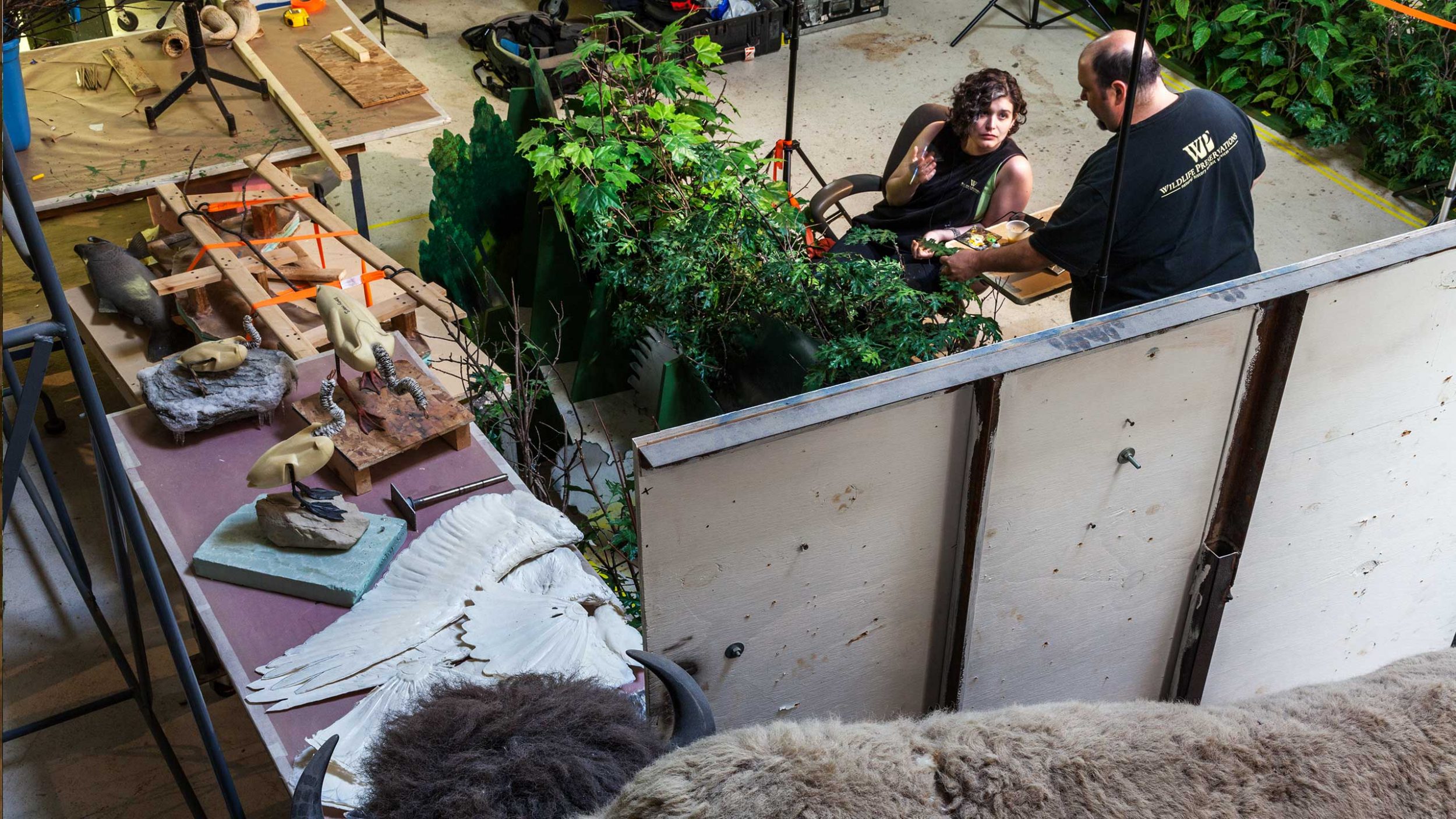 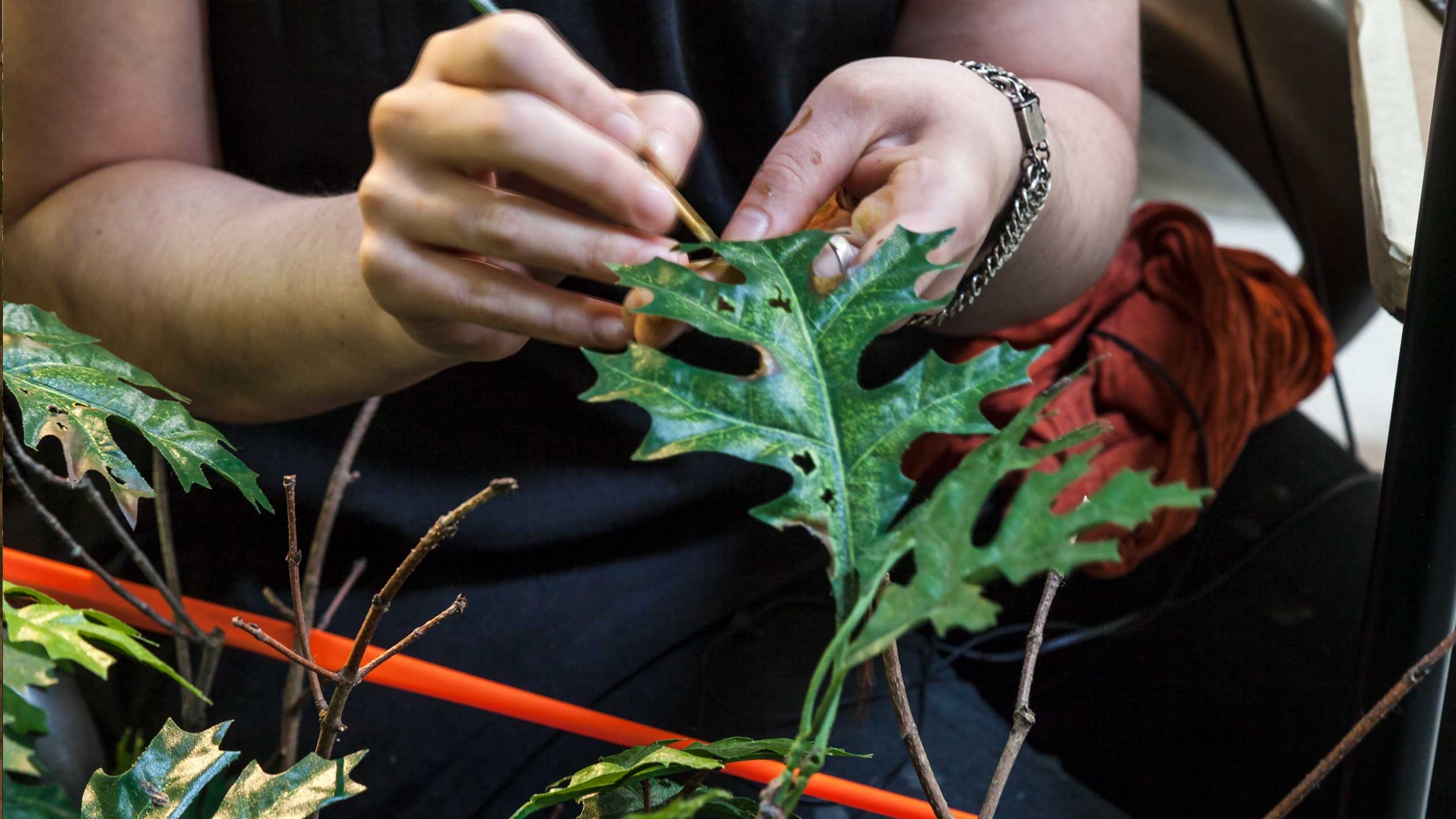 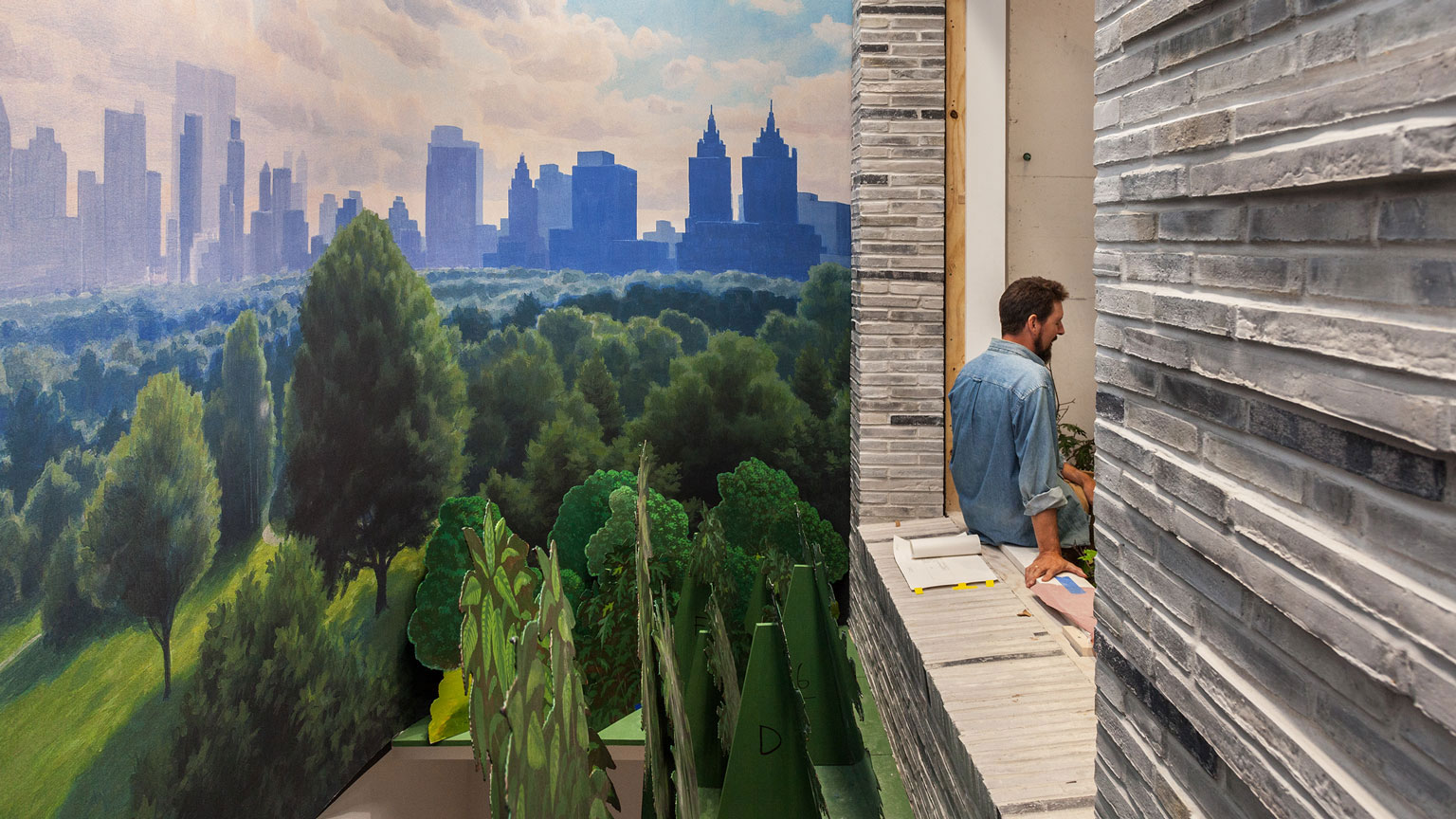 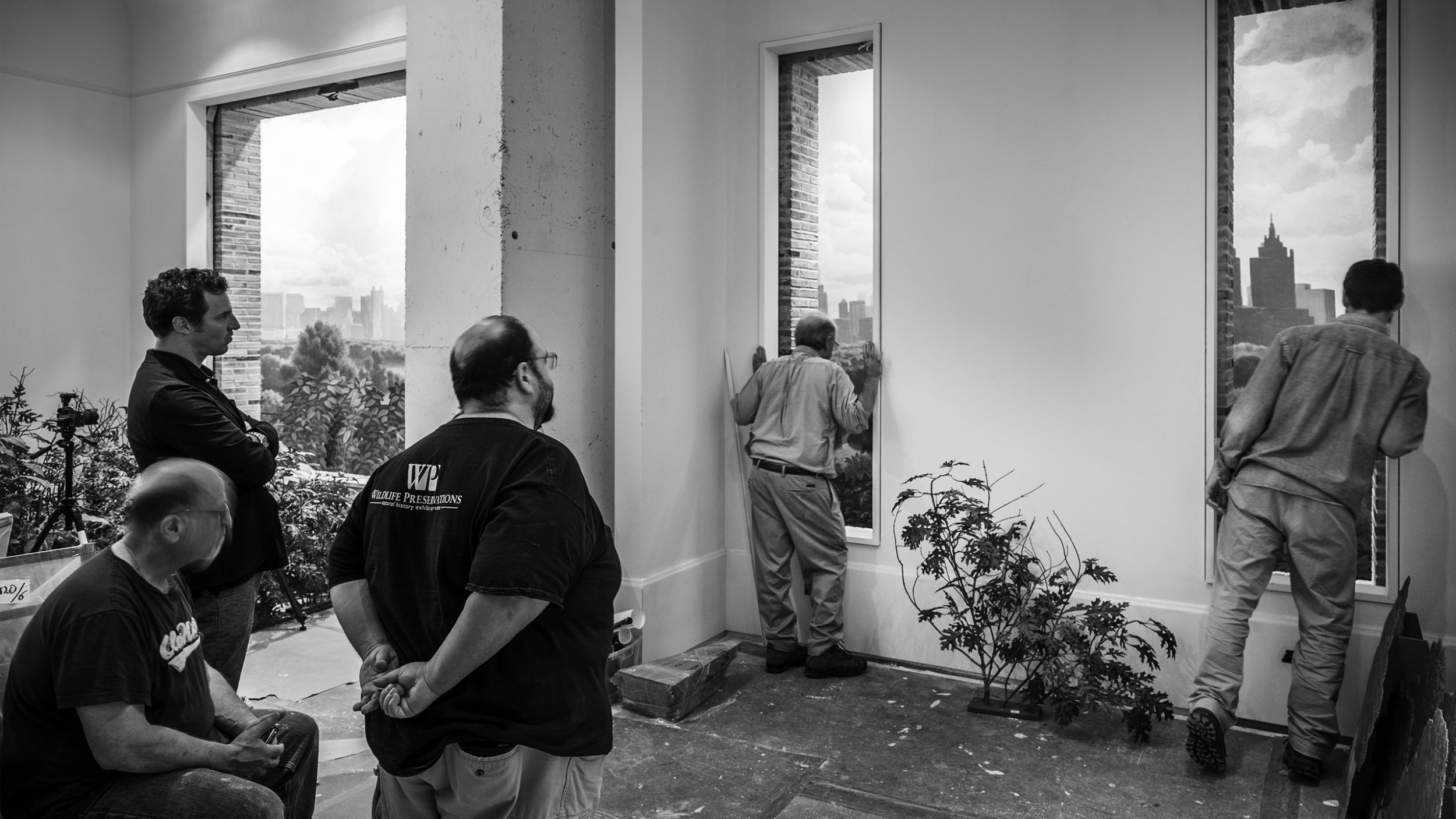 Installing the diorama at the 180 East 88th Street sales gallery 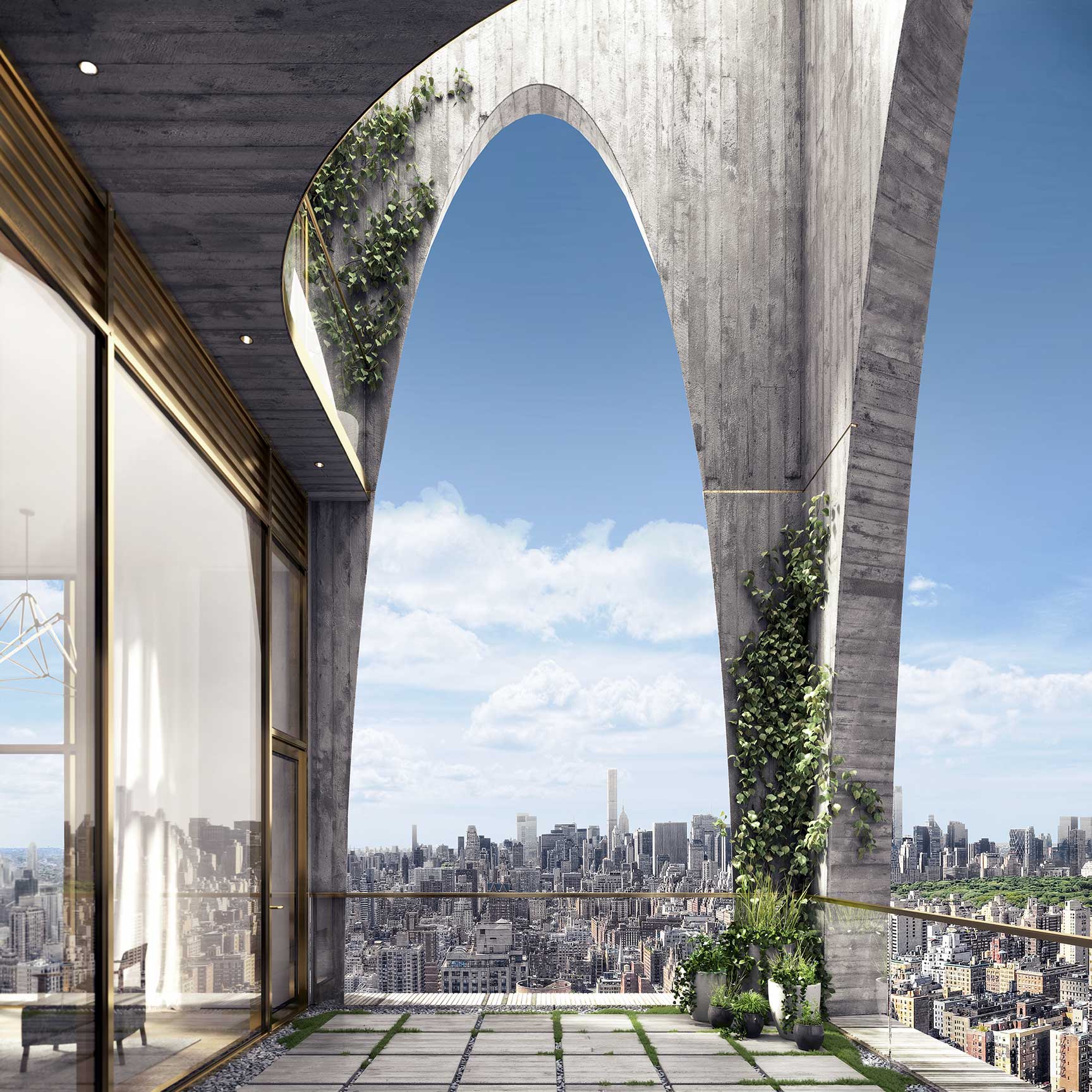 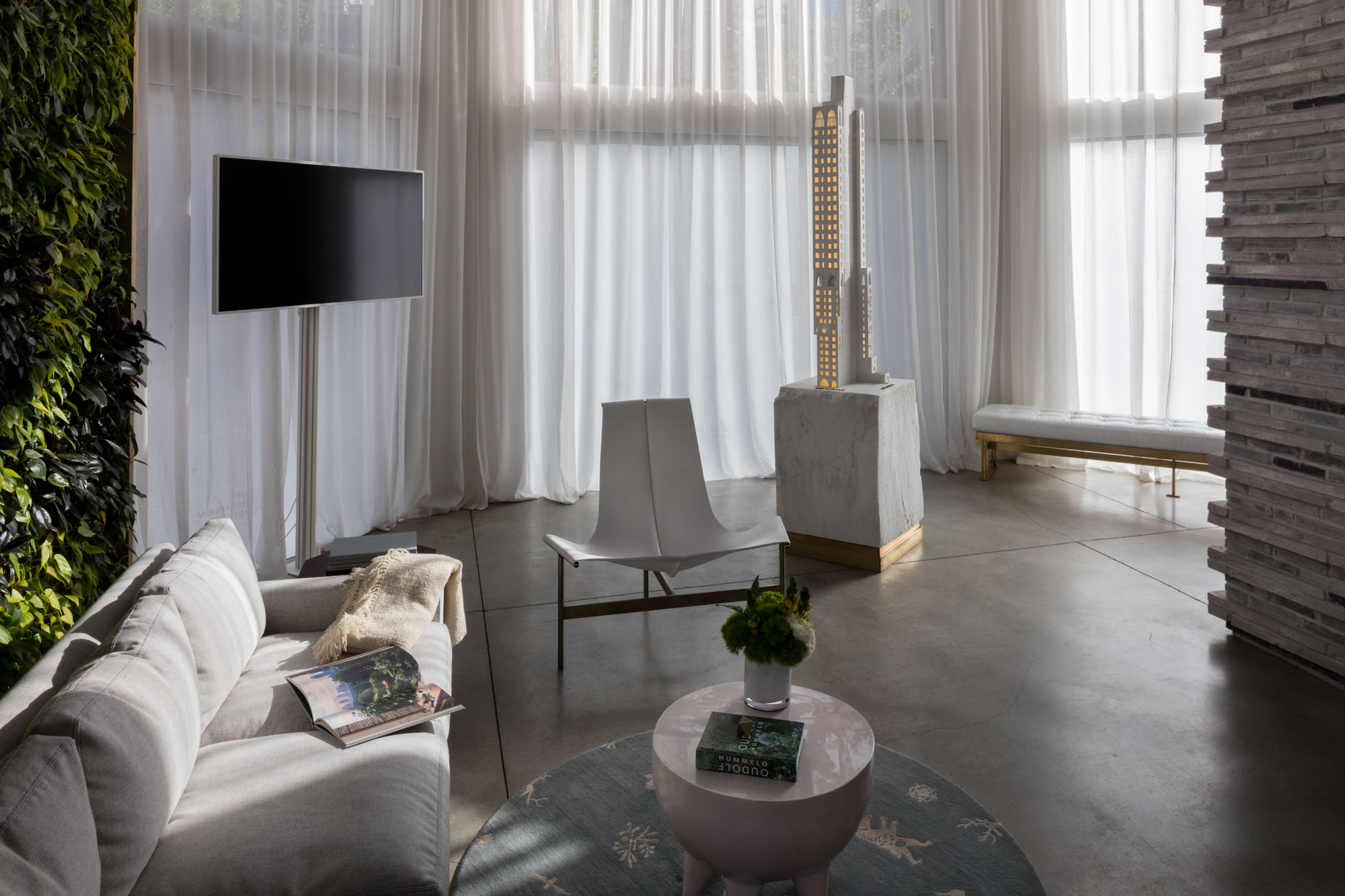 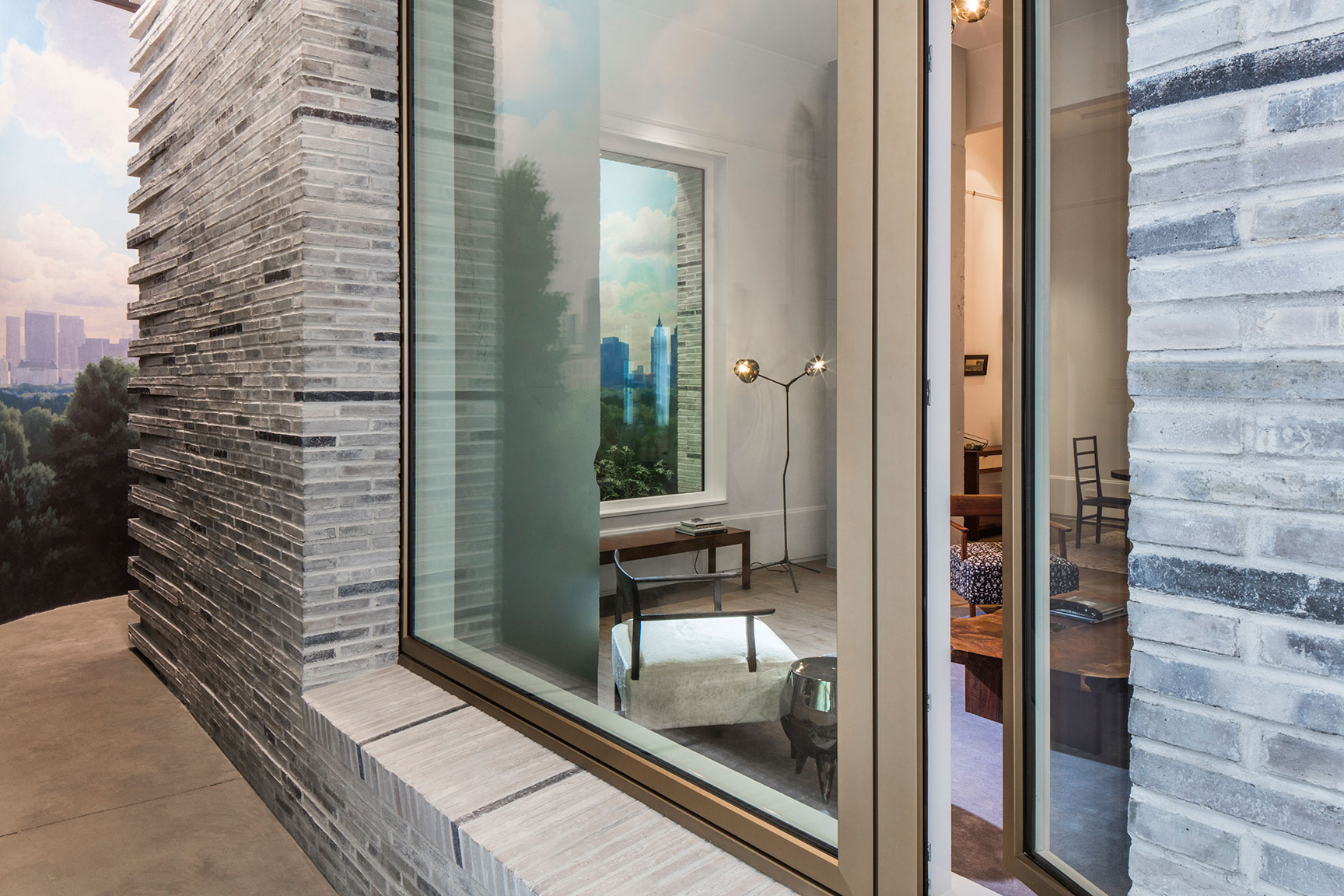 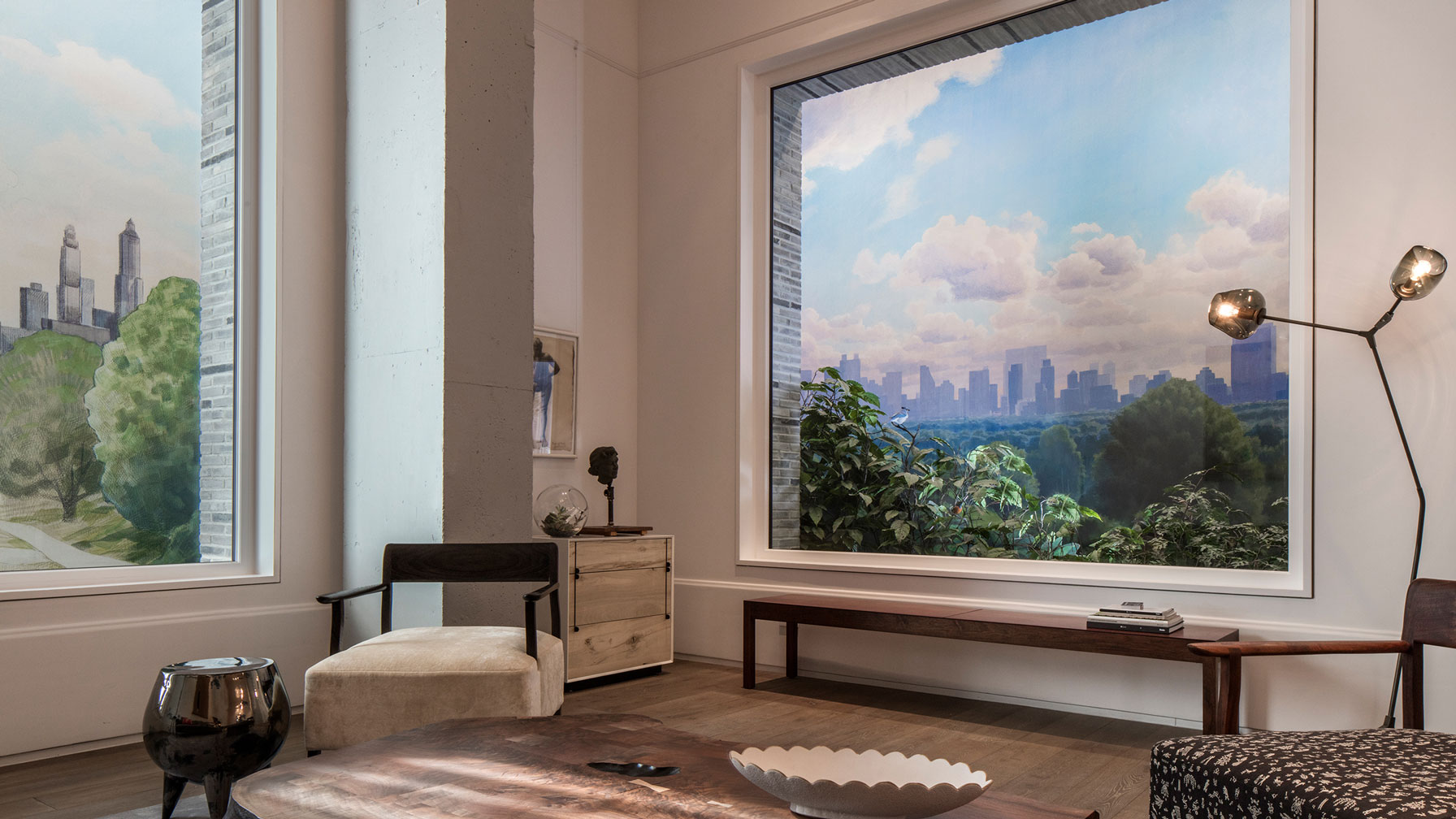 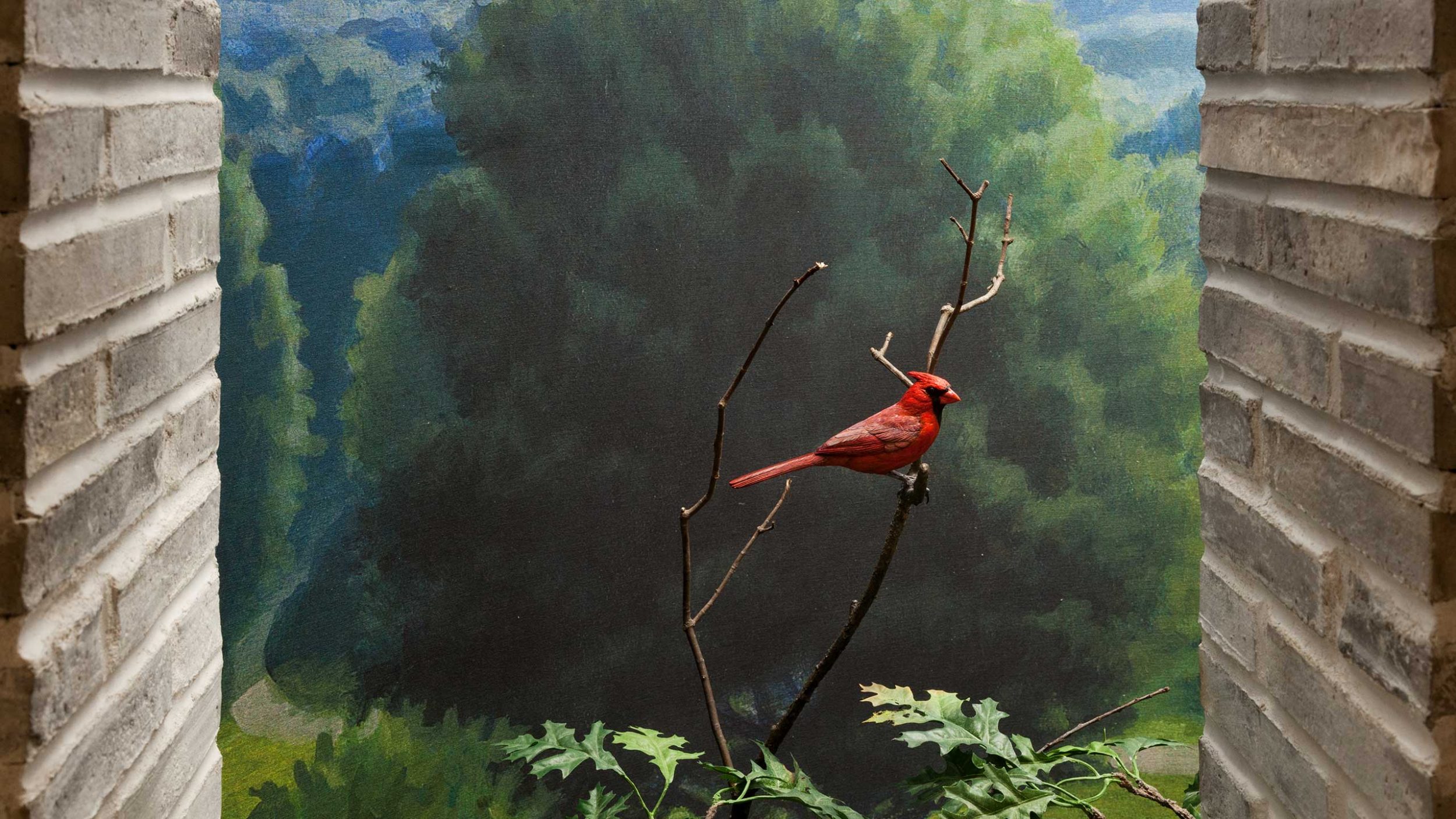 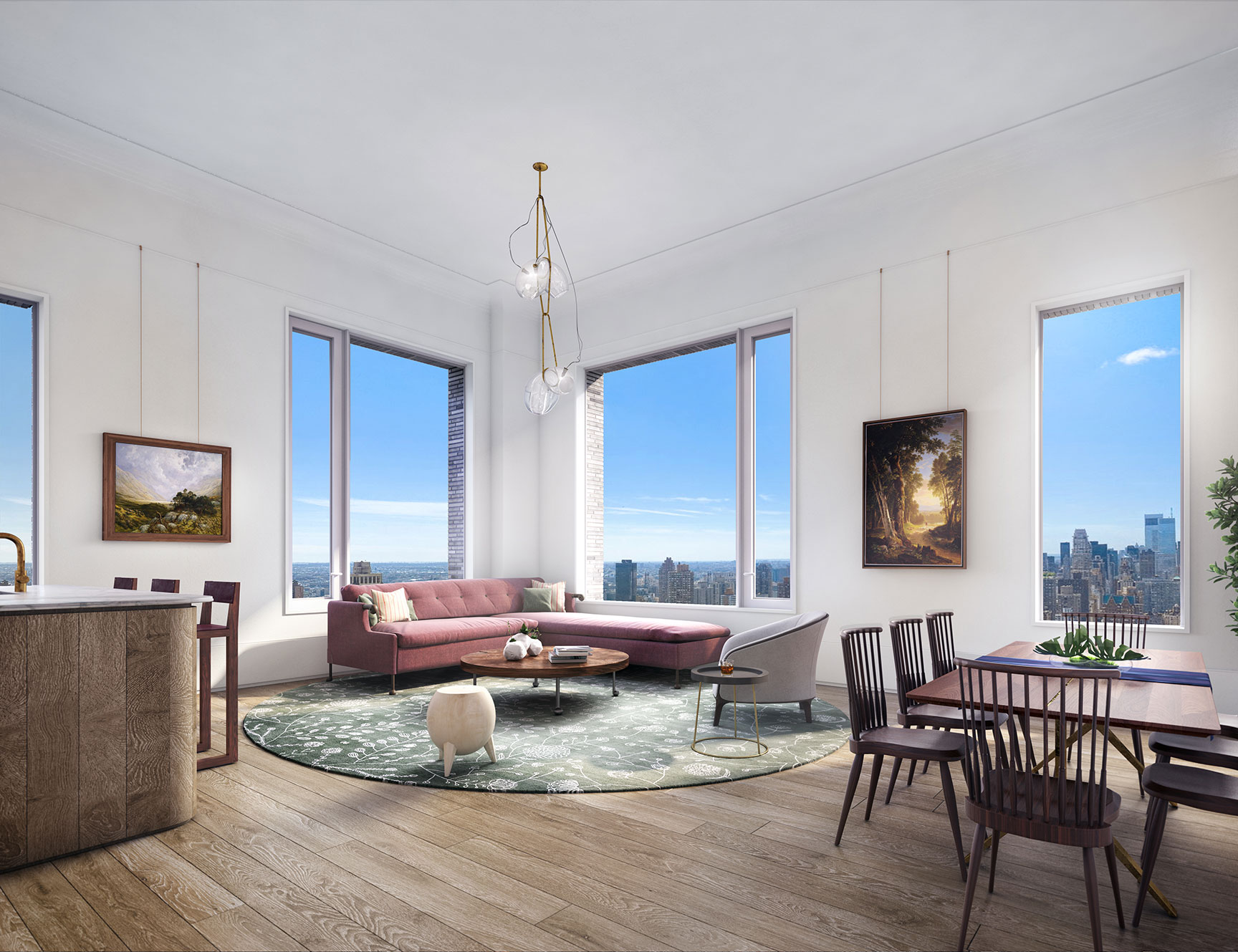 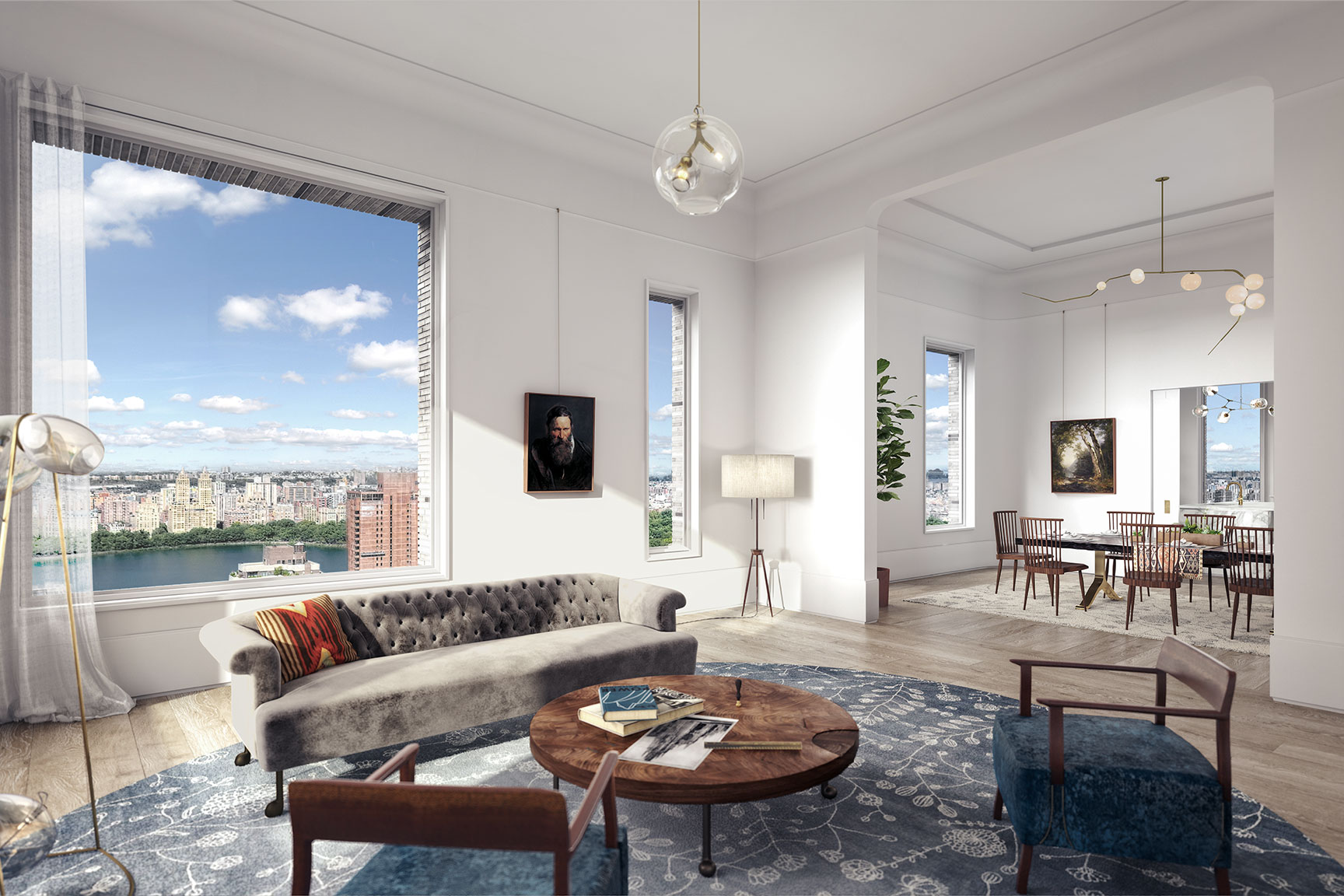 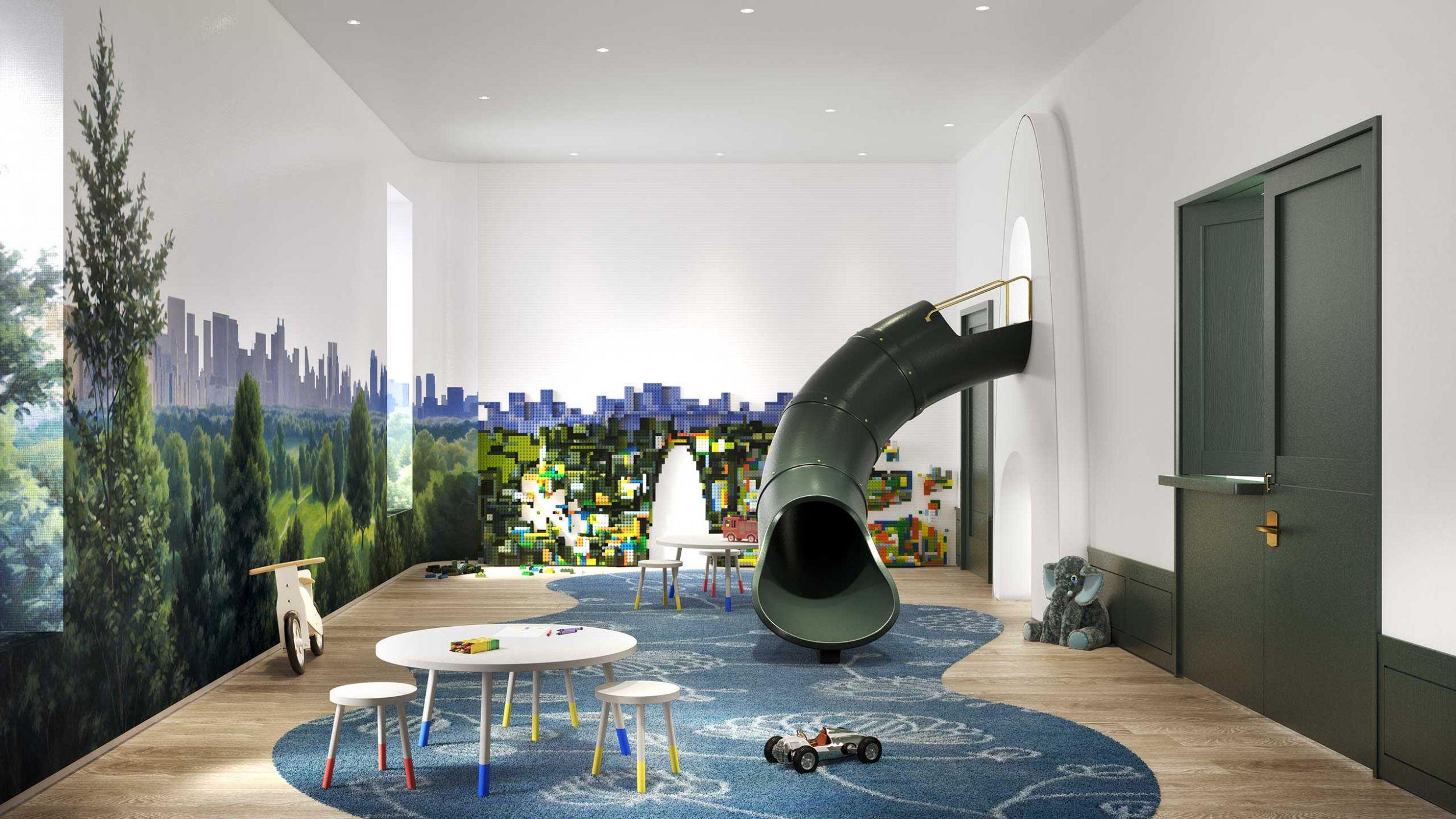 A mural by Sean Murtha overlooks the children’s playroom, designed in collaboration with The Children’s Museum of the Arts 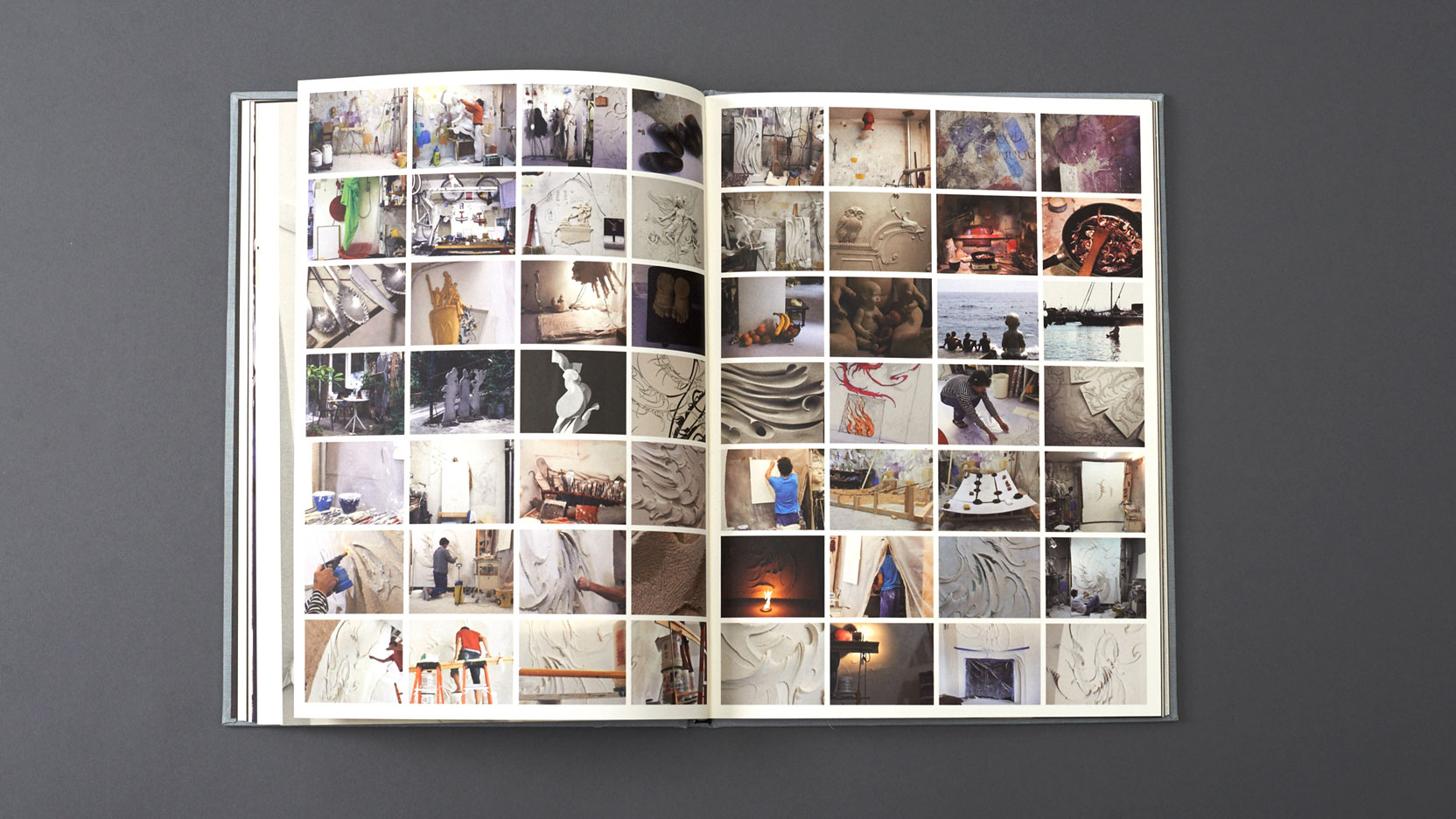 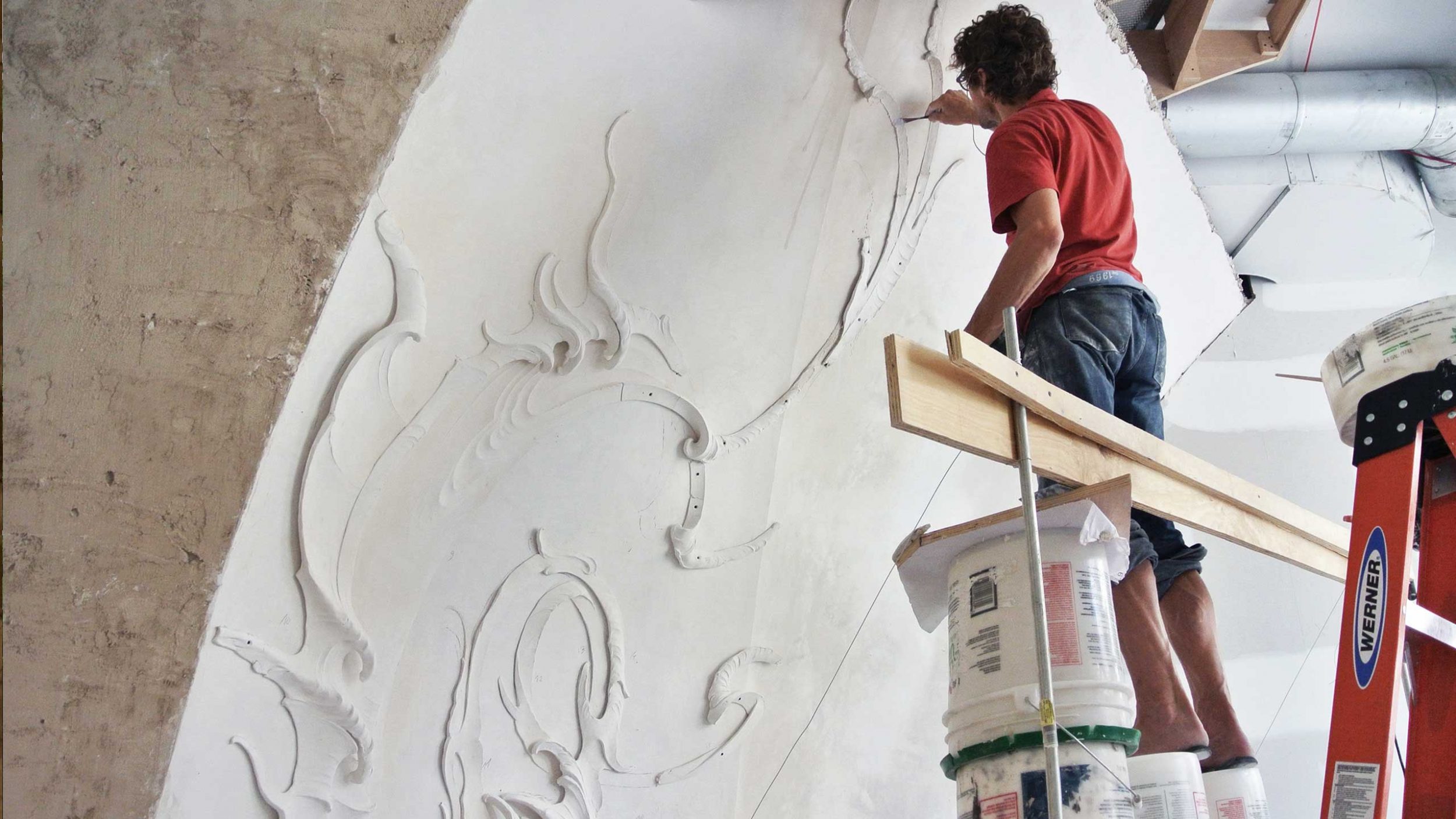 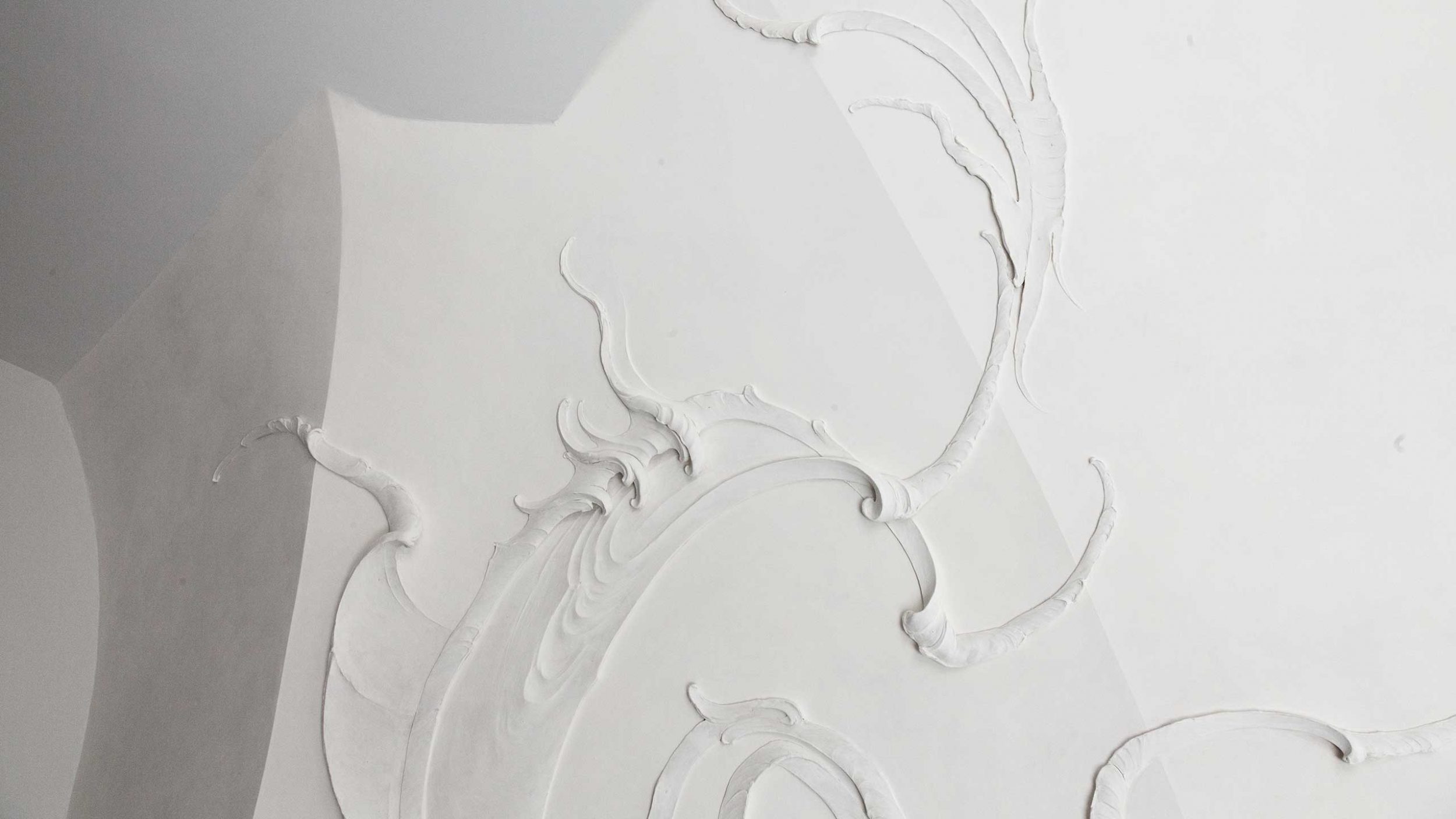 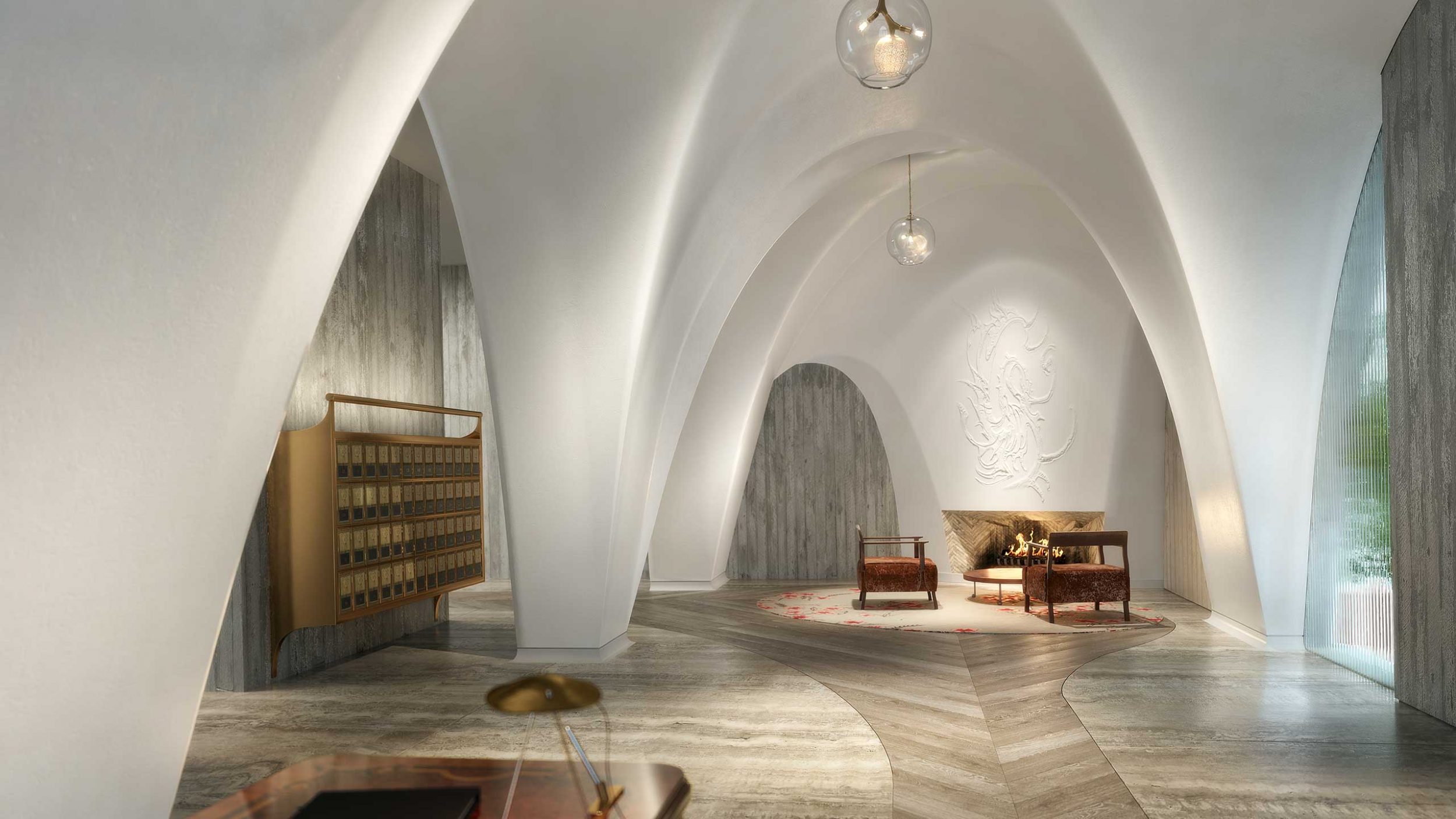 Jan Hoos:
I remember when I was younger going to a Gaudi exhibition with my parents in Munich, and there was a moment when I saw Gaudi’s work and it combined with something already inside me and I thought, Oh, I could use this material for ethereal things, to invent forms and so on.

What is stucco? Stucco is a decoration made with mixed cement and sand. The principle is you have a fluid or smooth material. You use it, and it becomes hard – it is not stone and it is not wood.

BIRTH OF A FORM

I love drawing and modeling, but the stucco’s true birth moment is when I put it on the wall. It’s a circle between what the material does, goes through my hands, my head, through the eyes, and back to the material. Naturally, there are some rococo-seeming movements in it, too, because this style is what I learned and what I love.

The stories of the forms I create invent themselves. They are doing things. I give them a story, like a writer who tells a story about a thief in the night. There is a house, a thief, a proprietor and an inspector. You invent some things and then people in the story must react. With stucco, I invent a reaction to the forms I’ve already invented.

I don’t like the idea of me as the storyteller, because it’s not really a story. A friend of mine who is an artist, his credo is, “form follows content.” When he works, he is consumed by that one idea; he cannot even hear any other ideas. I am the opposite. The forms show themselves; I am just a medium. Surely there’s something more, but I cannot really explain it. I’m not the artist who says, “I want to do this.”

Working for Brad Pitt influenced me a lot, because at first I wanted my work to touch the surface very lightly, but then I discovered that he wanted it in the rococo style and I thought, How can I do that? I had no idea how to come back to rococo.

Then I went to Château Miraval, his place in the South of France, to draw. I took a sketch and I projected it on the wall and I redrew it. I did three or four forms, and it became a bit different. Less graphical. What it became was very fine, and it became the rococo structures. Brad pushed me into a new formal world, into a new language of form. Thanks to him, thanks to the possibility, the place, he gave me the possibility to invent something I wouldn’t have imagined before. There was a dream in my head of something like that, but if you had asked me before what it would be, I would have said, “Well let’s see, I don’t know.”

For the past twenty years, I’ve made all these little examples, studying objects. All this time, I’ve dreamt about what happened last year with Brad Pitt and with what continues now with the work I’m doing at 180 East 88th Street. It is the chance to bring the stucco techniques and these decoration works into our time. Before, for me, work was more or less about restoration. There was no industry for new stucco work. 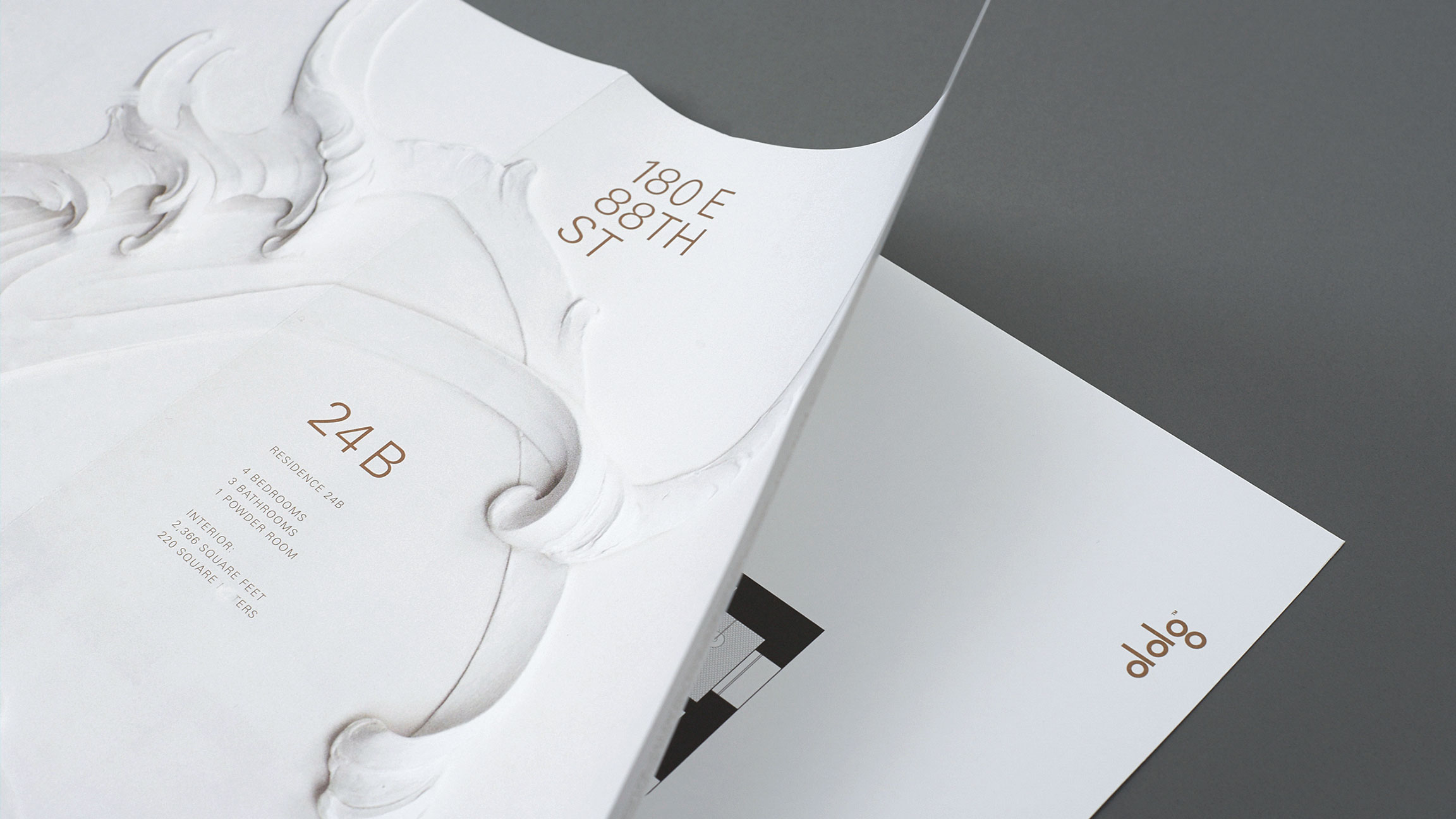 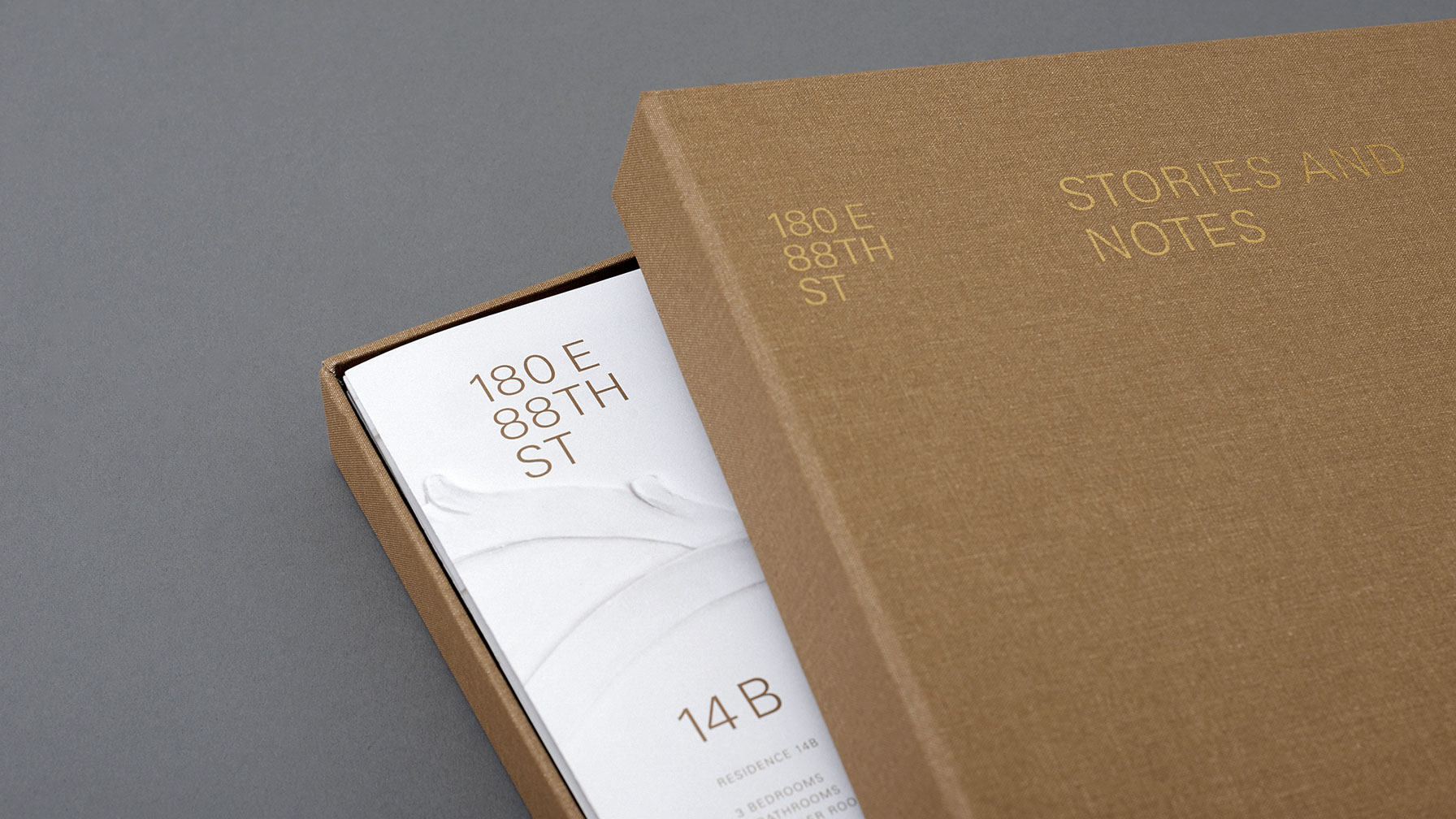 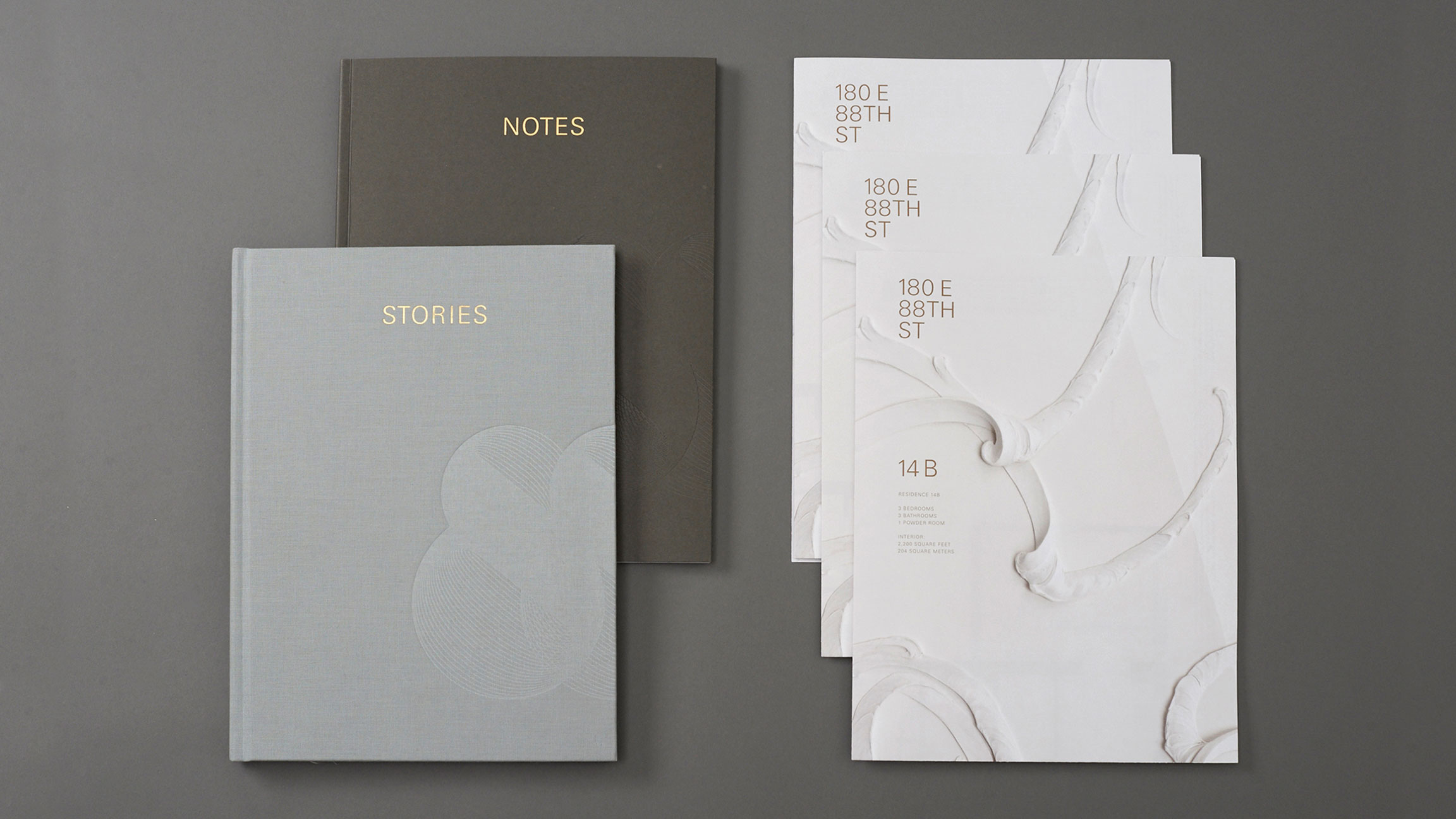 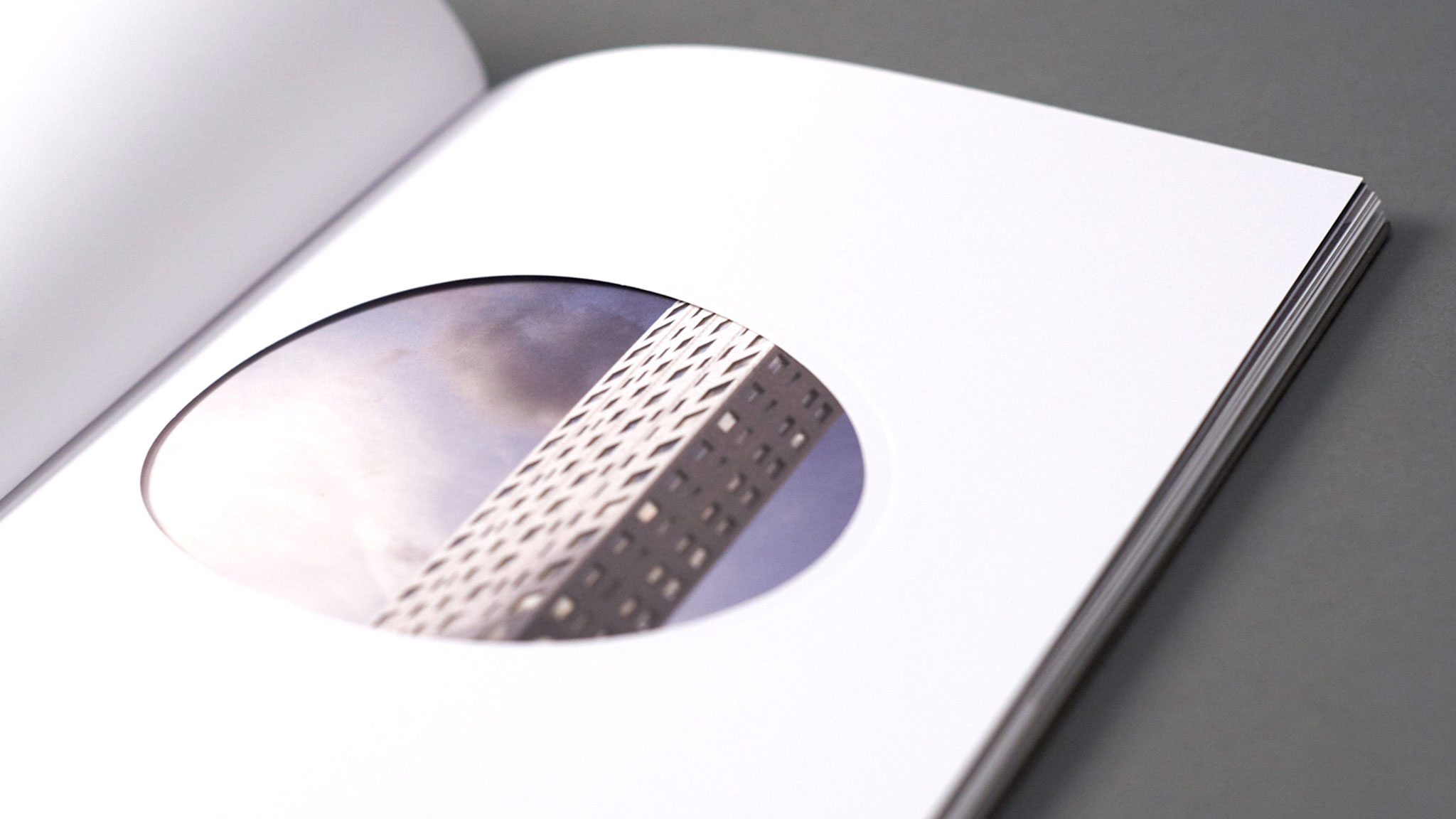 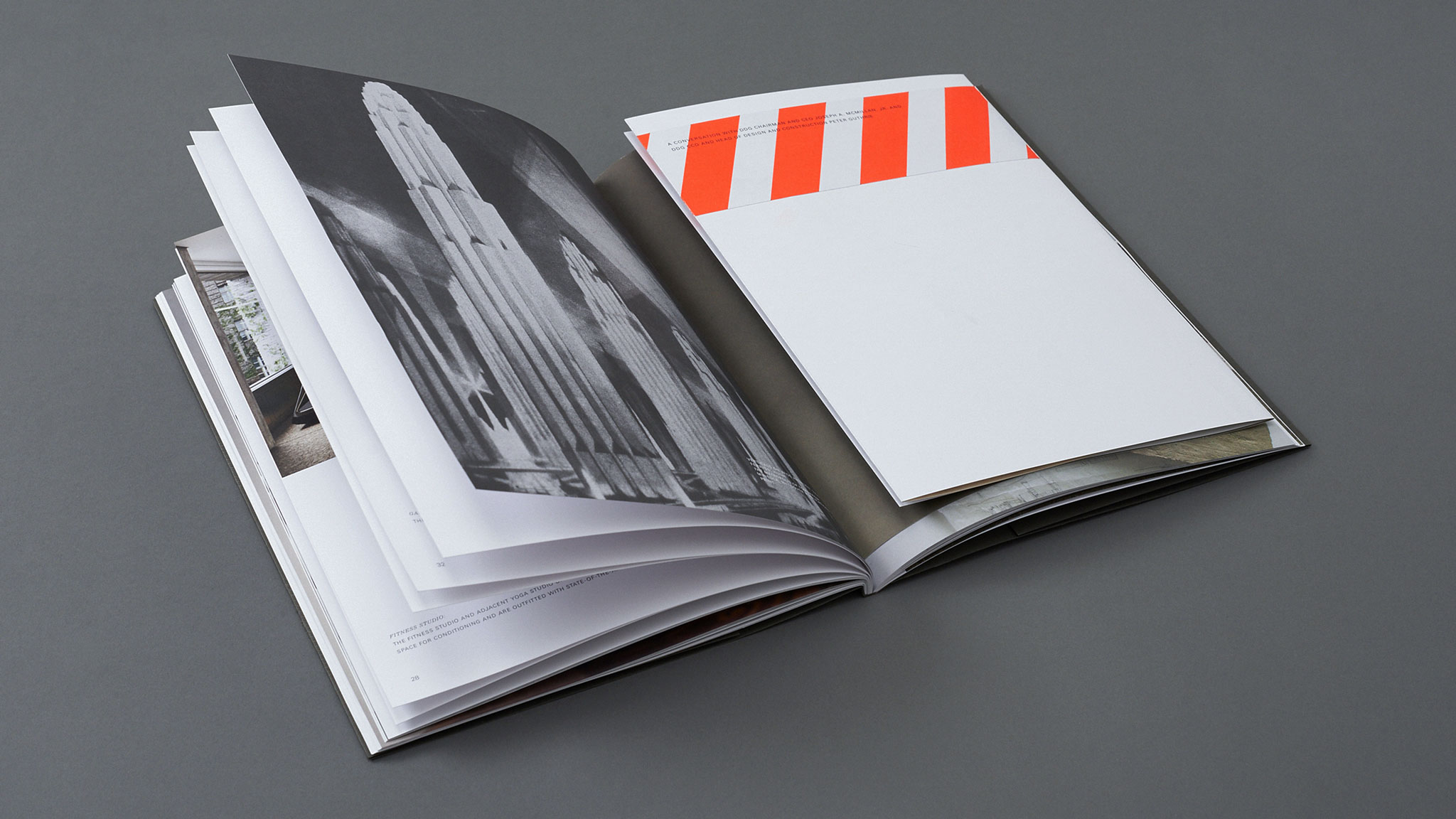 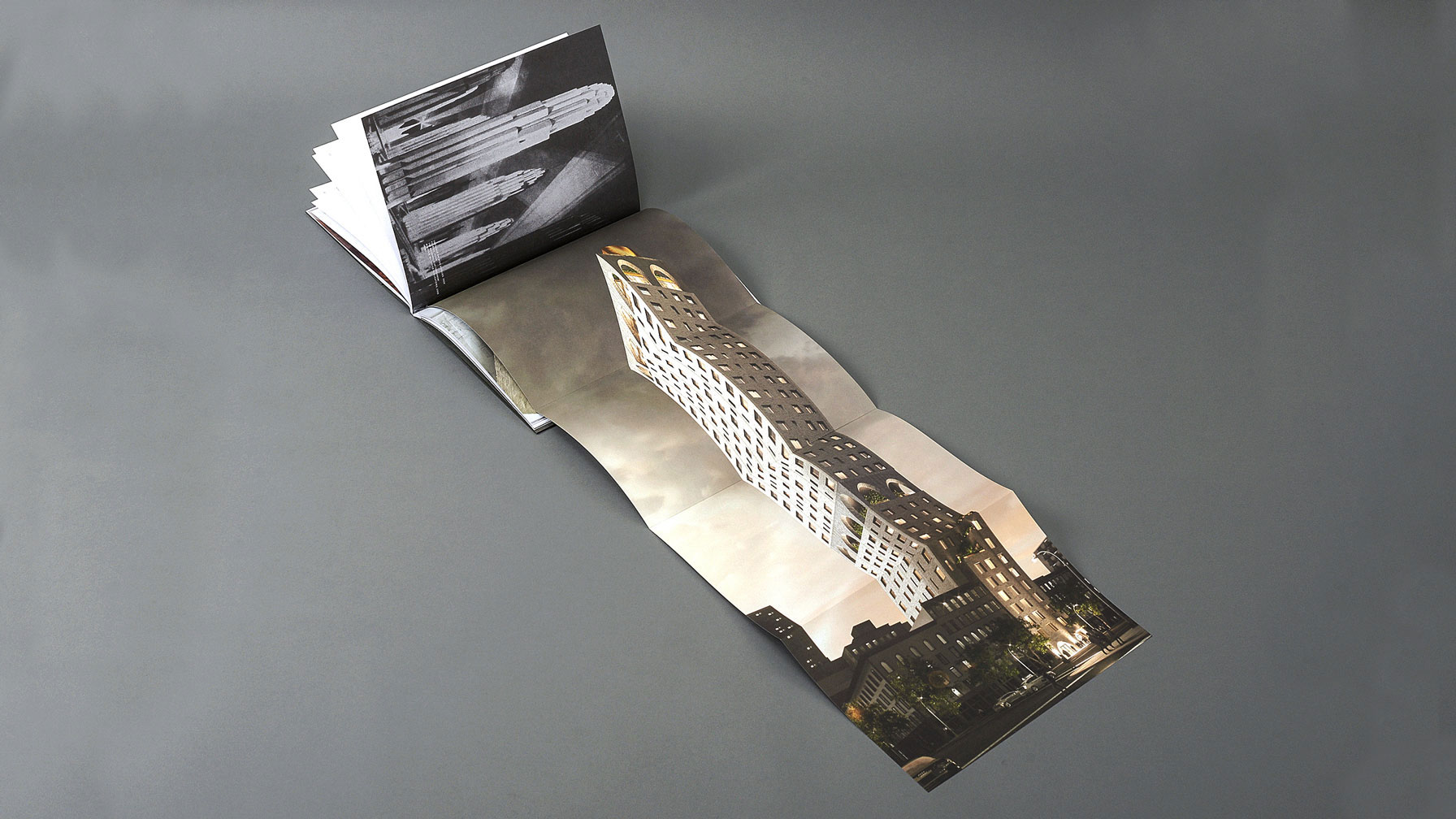 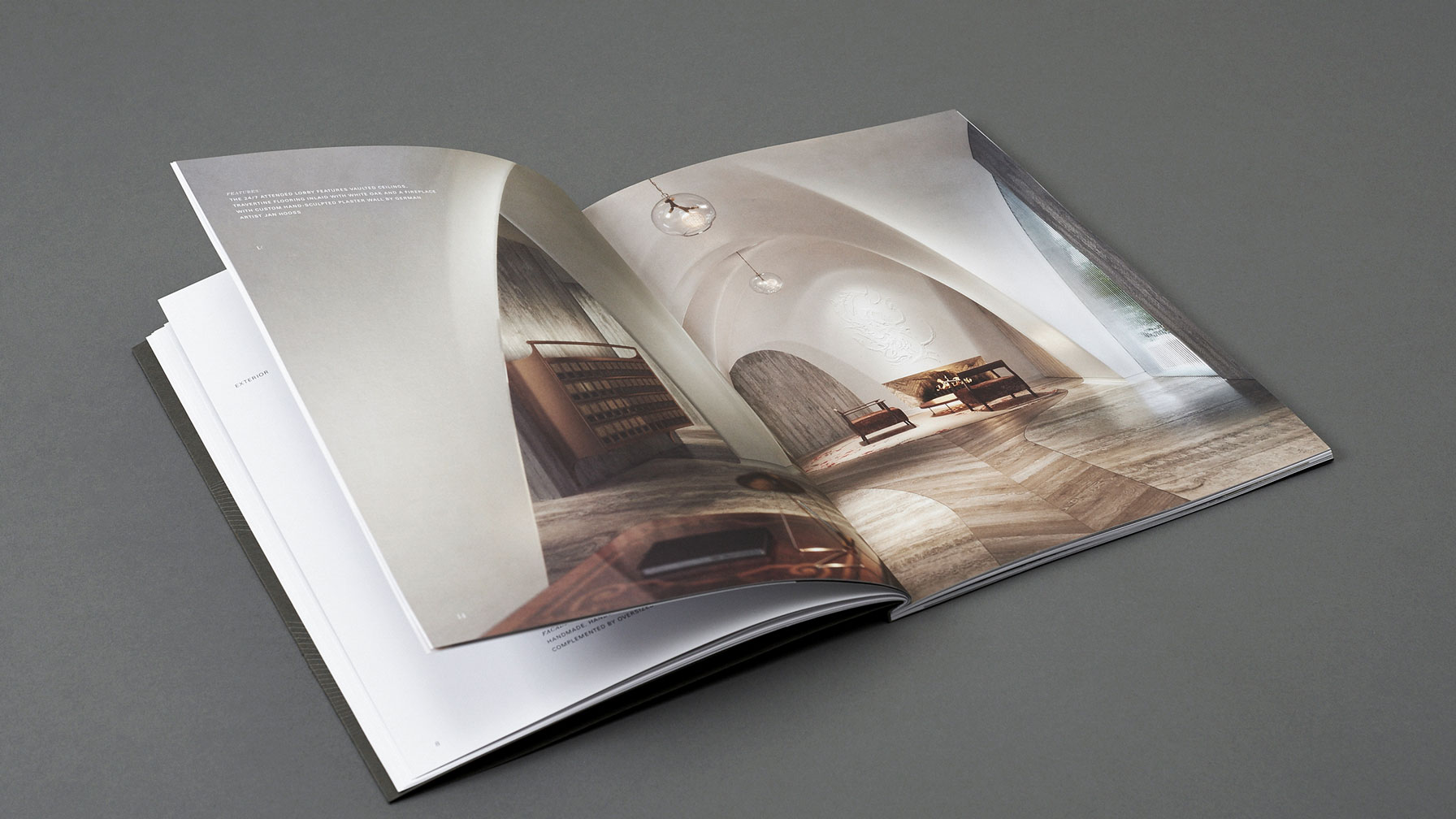 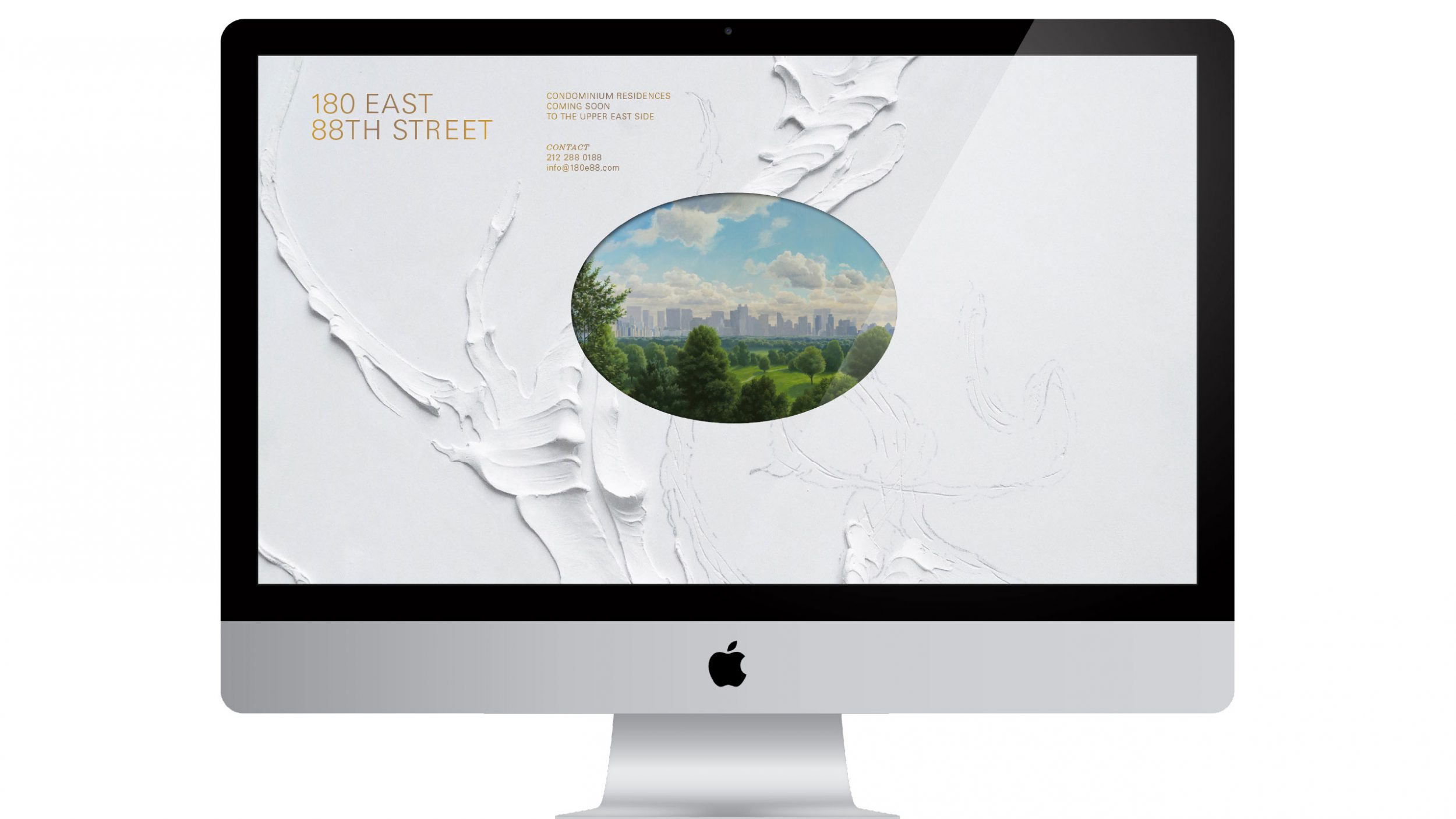 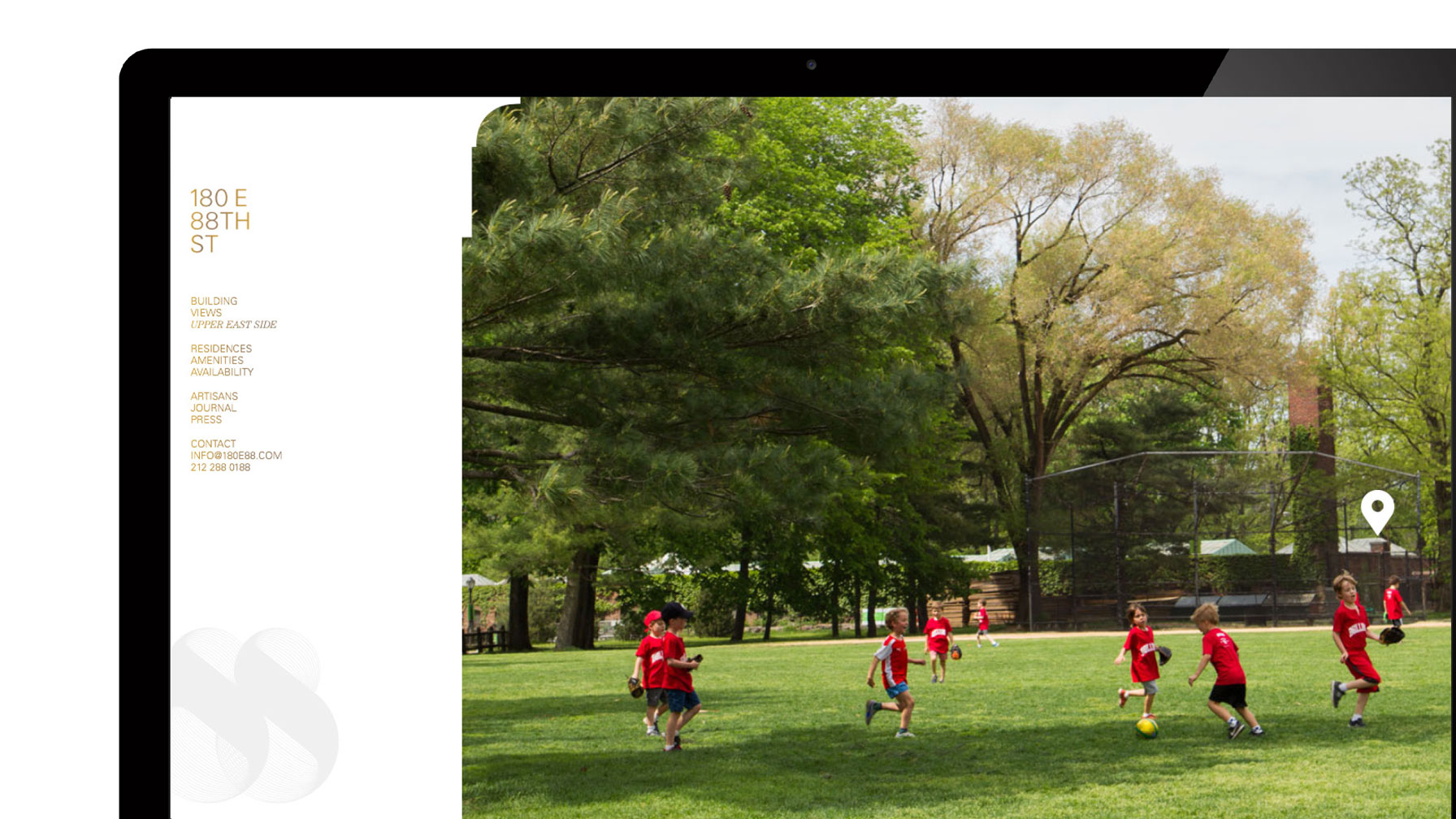